Today’s news are both good and somewhat alarming. Zuze has reached the coast of Africa as one could expect from her movement during the last days. Her last location is over the gulf of Suez fairly close to the African side of it. Almost certainly she has reached Africa tonight (at the age of 142 days). Her “competitor” in “who will enter Africa first” rally – Kate is out of GSM cover the third day in a row. That may mean anything – either she is still in Arabian side of the Read Sea or she is already in Africa heading to her last year’s wintering ground. I shall remind here that the GSM coverage at that area in Ethiopia was rather poor – last year she spent more than 72 days “hidden”. So it would be no surprise if the next news about Kate (all being well) we might receive only after a very long time.

Upene keeps her foraging stop at the fishponds in Israel. According to information (and pictures) provided by Giora Leitner she feeds with dead and weak fish (Tilapia zillii), probably weighting around 300 grams. Similarly another bird – Sarma continues her foraging stop in southern Turkey.

The most alarming news of today concerns Feja. Yesterday she crossed the entire peninsula of Peloponnese in Greece and kept heading south. Today she entered Mediterranean flying towards Crete. Also her last location is over the sea and we can hope that she will manage to reach either Crete or some other island to have a safe place for night roost. 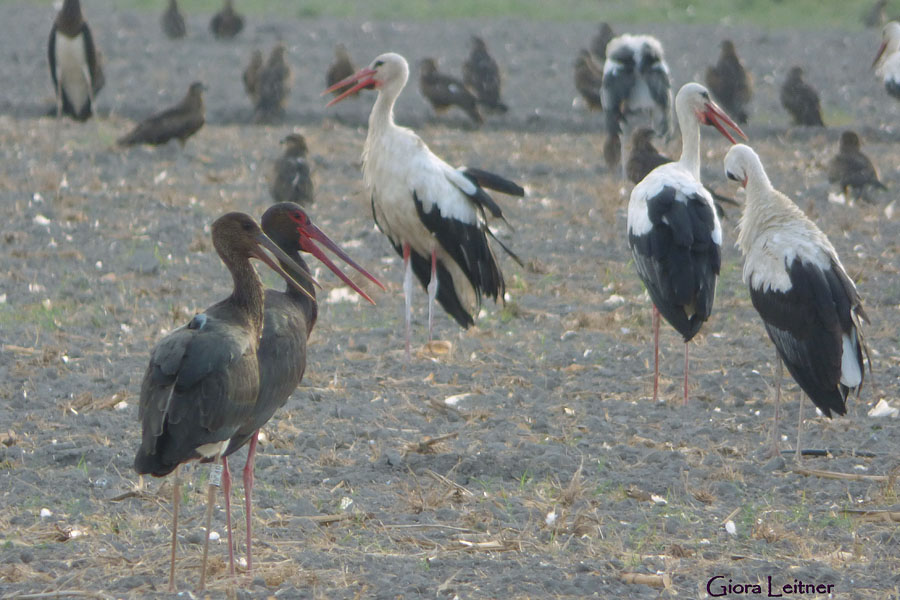 ← PreviousStork travel update of October 13
Next →Feja made it!